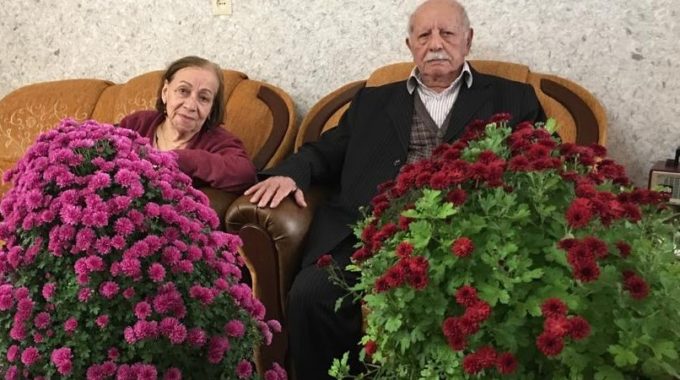 I visited my over 90-year old grandparents at their home. I remember the angry reaction from my grandfather when he lost his left eye´s vision after a surgery that was supposed to improve it. He refused to accept another surgery for the right eye because he was afraid of losing the limited vision he was left with. He complained about his inability to read books and newspapers, and expressed how difficult it was to have a smear of dirt in front of your eyes and sit at home all day long staring outside the window, waiting for someone to call or come to see you. He explained his frustration of feeling pain in his knees along with an impaired vision while walking to see the blooming flowers in the corner. He told me that “those loses are a constant reminder that my time is winding down and I should…”.

During our visit, he recited poems and asked some questions about the history of a famous castle, specifically pointing those at my husband. He then asked from a home-helper, “Did I take my medicine?” “Can you move the flowers closer to me?” Undoubtedly, he was aware of him approaching the end of life and I tried to comprehend whether he wished to continue living or was ready to die! Is life still worth living in such cases as my grandfather? Does he still experience good aging? How can we define good aging while aging itself is connoted with a certain negative burden? Aging is a continuation of life, which ends at death, the only certain thing in life. In many cultures, death is considered as a failure; and if the end of aging process is a failure, how can we view it positively? 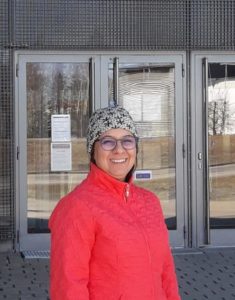 Many scholars who view aging as a failure mentioned that the last stage of the process is accompanied by more losses and less gains. This thinking evolves from the threatened or diminished sources of life’s meanings, such as work, social status, and health. Many see aging as a double-edged sword! On the one hand, individuals increase their life experiences and wisdom, and on the other, they lose their youth, physical strength and overall health. Many factors like environment, genetics, and socioeconomics could affect what an individual can achieve, but the role of an individual’s characteristic is inevitable. Since longevity is indeed an achievement, positive views on aging are often posited. Good or successful aging is a suggested recipe for adding life to years.

In our research, Finnish 90-year-old interviewees, expressed that despite of the difficulties, they are capable to live and act independently and enjoy their life when questioned about good aging. For them, this meant good aging. The interviewees wanted to continue living and defined what they meant by the quality of life. If this quality is threatened by getting institutionalized or losing independence and dignity and…, it would mean an unsuccessful life quality. The end-stage of their life is important because they desire a sudden, peaceful and painless death in the confines of their home.

In conclusion, death reduces one’s feelings of nothingness, and it is a relief from meaningless existence. Death should not be interpreted as being negative or a failure. In the history, negative event such as death at a battlefield could be interpreted as a success. Paul Wong, president of international Network on Personal Meaning, (2011) said “Life teaches us how to survive while death teaches us how to live. We cannot appreciate the preciousness of life without coming to the grips with the reality of death”. For the oldest old people who feel the closeness of death, the meaning and quality of life is as important as is the quality of death. Acceptance of death is easy for those who realize that closeness of death produces a positive attitude to life, especially if people have completed their life tasks. For example, Randy Pausha in his last lecture expressed that death was letting him to find meaning of life. Steve Jobs also called death “very likely the single best intervention of life”. Clearly, closeness to death gave them a meaning to live. For them, if living life is harsher with the cost of losing dignity and independency, then a good death or successful dying is desired, and the untold story of good aging is good attitude towards death.

Lily Nosraty works as a researcher in the Faculty of Social Sciences at Tampere University. She got her PhD in Health Sciences (gerontology) last year. In her doctoral thesis, she studied successful aging among the oldest old.